The performance was part of a.pe.ri.od.ic's John Cage Festival to mark the 100th anniversary of Cage's birth, taking place in Chicago April 13-15, 2012. From the a.pe.ri.od.ic website:

Variations V deals obliquely with sound; at its premiere, dancers moved across the stage triggering photocells or antennae, which in turn activated radios and tape playback. Early iterations of this work further toyed with multimedia, allowing the dancer's motions to additionally trigger lights and background film. As with many of Cage's projects, Variations V confounds traditional conceptions of performer and curator. The composer was present at early performances, manipulating the sounds induced by the dancers in real-time. Cage derived the instructions guiding both physical actors and sonic consequences through chance procedures, flipping coins. The veiled but detailed score consists of thirty-five remarks, each informing the structure and procedure of the performance including technical elements and rehearsal instructions.

For the performance, Kyle Evans and I developed a system to evoke the contribution of Nam June Paik to the original performance. Develiping the system we used in Cracked Ray Tube, light-sensitive photocells that, when obstructed by dancers moving throughout the space of the performance, triggered events in a Max patch that sent waveforms into hacked video pins and DIY electromagnets inside of modified CRT monitors. 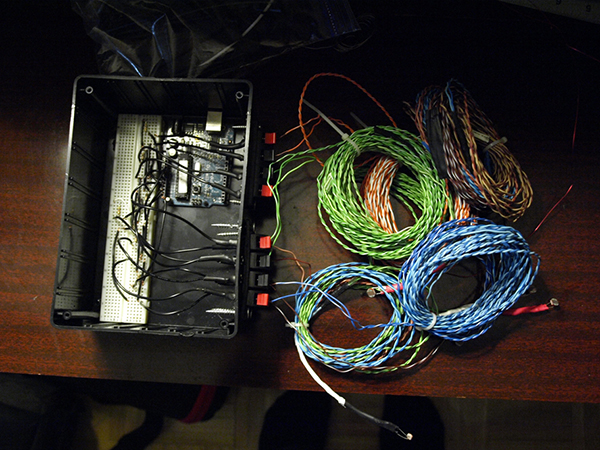 Our stack of CRT monitors displayed live video of the dancers moving throughout the space as well as footage shot during rehearsals, all of which was wobbulated and obstructed by audio bent into video in realtime through the triggering of photocells. 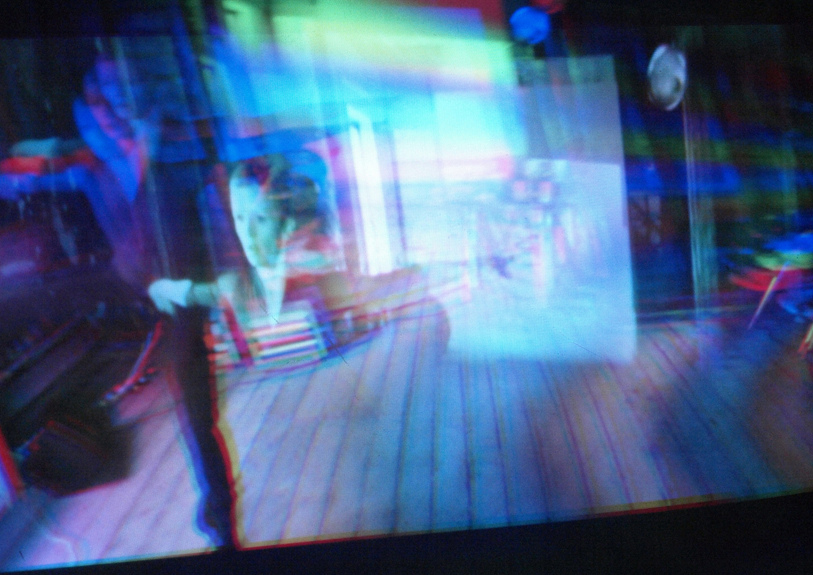